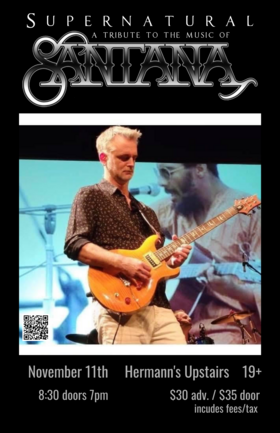 Supernatural: A Tribute To The Music Of Santana

A seven piece band recreates the experience of a Santana concert with all the energy and musicianship of the real thing. Spanning an over 50 year career the show takes the audience through all of Santana’s greatest hits and modern classics. From his seminal performance at Woodstock to the 1999 smash album “Supernatural” (from which this tribute derives it’s name) this is an unparalleled career faithfully reproduced by musicians of the highest caliber.
© 2022 Arts On View Society